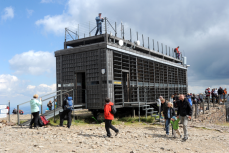 Česká poštovna (Czech Post Office) replaced the former Česká bouda (Czech Chalet). A wooden structure with a variable façade was designed by architects Rajniš and Hoffman. An observation deck on the r 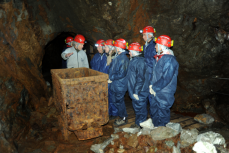 A church with a graveyard served as a natural centre for the mountain village with a parsonage, school, post office, pub and shops. Nowadays the buildings serve to different purposes and the stone mon 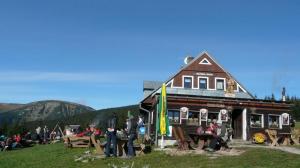 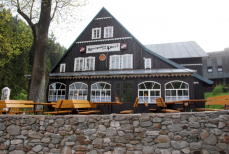 The old tavern with the seat of the reeve dating back to 1644 had been replaced by a new timber house built by a gamekeeper and a reeve David Hofer. Nowadays it once again serves as a tavern. 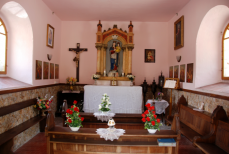 Chapel of the Virgin Mary

The chapel built from granite blocks is the largest chapel in Pec. It was located right next to a large smelter manufacturing ores from Obří důl (Giant Valley). Nowadays it is surrounded by a parking 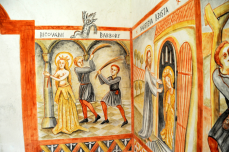 During the Great War Johann Dix built a chapel with a belfry which later became dilapidated. Following a reconstruction in 2005 the interior is ornamented with a fresco from the life of St. Barbara based on a design by Květa Krhánková. 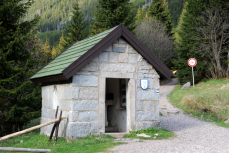 A valuable relic of a dam used for timber rafting hosts a chapel commemorating a disaster in July 1897 in which seven mountaineers were killed in a landslide. 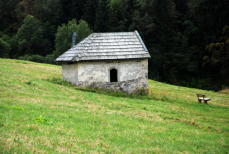 Residents of Vysoký Svah and neighbouring Zahrádky built their chapel for religious purposes as well as a gesture of togetherness. Unfortunately due to lack of interest and partly due to vandals it is now dilapidated and waiting for reconstruction. 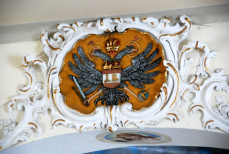 Church of the Holy Trinity

During the time of reforming the monarchy, the emperor Joseph II had abolished a number of church institution, however, supported establishing of parsonages and schools in remote areas of the empire. The church has been preserved in its original form and is still used for Saturday services. 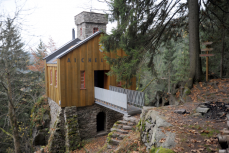 Following an untimely death of an enlightened land owner Berthold Aichelburg, the grateful locals built him a monument in the form of a forest castle. The keys to the great hall can be borrowed at TIC Veselý výlet. 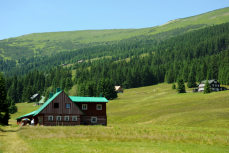 Modrý Důl Settlement (Blue Valley Settlement). A valley at the foot of Studniční hora (Well Mountain) modelled by a glacier was transformed into a meadow enclave by lumberjacks. The original houses and cottages are a part of a protected architecture zone. 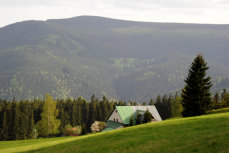 A typical meadow enclave on a hill of the same name is a fine example of a harmonious, free mountain settlement with well-preserved original cottages, solitary trees, paths, terrace fields and walls. 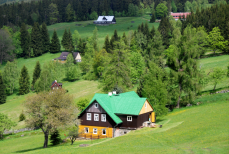 Before lumberjack colonization in 1566, a number of cottages had already been built in Výsluní in Velká Úpa. The front part has kept its original style with cottages, walls, terrace fields, stone-paved roads and a chapel. 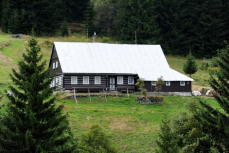 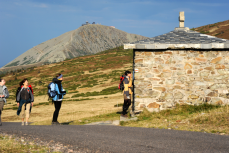 Memorial to the Victims of the Giant Mountains

A small chapel was placed at the roughest spot in the mountains, later transformed into its current shape. The names of people on the plaque commemorate all persons who had died in the Eastern Giant Mountains as a consequence of avalanches, falls, lightning or frost.

The flood of July 1897 had damaged the valley of the river Úpa. As a consequence, the state fortified the river banks and a dam was constructed in the centre of Pec in order to slow down the whitewate 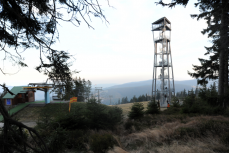 An observation tower situated at the bottom station of the chairlift to Hnědý vrch (Brown Hill) stands 27 m tall and is the tallest tower in the Giant Mountains. You can reach the top taking 138 stairs with five landings. 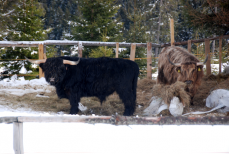 Many local names reminds us of founders of meadow enclaves, the family of a lumberjack Richard Sagasser lived here till 1976. Nowadays the meadows are used by a cattle farm. 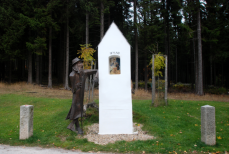 Column Chapel and a Pilgrim

Religious mountaineers built this chapel at the outskirts of the hamlet Chaloupky. A birch grew in its proximity and the roots caused the chapel to incline. In 2004 this was compensated by a statue of 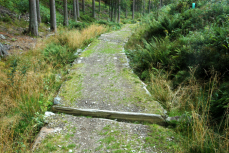 A mild ascent from Velká Úpa to Sněžka leads through the Šraml valley. A path originally designed for transporting lumber on horn sledges was reconstructed in 2003 using stone paving. 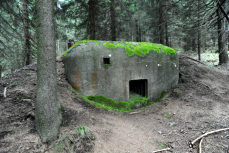 Based on the WWI experience threatened Czechoslovakia had constructed a series of fortifications against Nazi Germany. The path through Obří důl (Giant Valley) was protected by three bunkers, now buried in the forest.